“Two roads diverged in a wood, and I
I took the one less traveled by,
And that has made all the difference.”
– Robert Frost, The Road Not taken

I once read about a university survey that was conducted in various nursing homes. These elderly men and women were clearly at the end of their lives and they knew it. When they were asked what they regretted most as they looked back over their lives, the number one response was “the paths not taken.”

Not surprisingly, that answer ranked much higher than “things I tried that ended badly.” That’s because people generally don’t regret mistakes because making a mistake just means we’ve learned something.

My wish for you is that you stop allowing fear to hold you back from trying something you want to do. The path towards entrepreneurship is usually the one less traveled because people are afraid of the unknown.

Here’s how I look at it. If it doesn’t work out, the worst case scenario is that you pick yourself up and try something else. But you’ll be starting fresh with the irreplaceable and priceless knowledge that at least you tried. It could very likely work out better than you ever imagined!

Either way, it sure beats hanging onto fear and never trying at all.

If you get out on that limb and start your own home staging business, no matter what happens, you will likely never regret having done it. Home stagers, this would be a great time to leave a comment for aspiring stagers about how you got past the fear and followed your dream. 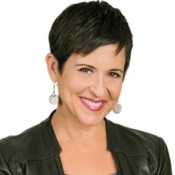 Internationally recognized home staging expert Debra Gould created the Staging Diva Home Staging Business Training Program to teach others how to earn a living doing something they love. She has staged millions of dollars worth of real estate and is the author of several best-selling guides. With 30,000+ students in 24 countries, Debra is celebrated as one of the most influential people in the home staging industry. She appears on: HGTV, CBS Radio, CNNMoney, The Wall Street Journal, Woman's Day, House & Home, Style at Home, GlobalTV, This Old House and more.

I created Staging Diva for anyone who wants more out of their life— more creativity, more flexibility, and more financial success.

If you want to make a living doing something you love, Staging Diva Training is the step-by-step plan you need to build a thriving home staging business.

Staging Diva has been featured in:

Get answers to the most common questions about becoming a home stager.

We love to promote Staging Diva Grads! One way we do that is writing articles about you! It’s easy to get featured.

We would love to hear from you!

“This is the first time in my 57 years of life that I am pursuing something solely for myself — despite my often paralyzing fear!

I’m optimistic and excited to see what the new year has in store for me— due in large part to having found the Staging Diva Program and feeling prepared to take this new journey as a home stager. Debra, thank you sincerely!”

“Once I decided home staging was for me, I was terrified of starting my own business. Staging Diva Training gave me the confidence to do what I love, and contribute to our income after being out of the work force for 15 years.

Debra gave me the information I needed to get over my fear of failure, charge what I’m worth, and get out there and start my home staging business!”

“The Staging Diva Program is very well organized and explains in the most straightforward terms how to set up your business, maintain and grow it.

By the time I was on Course 3, I had already completed three home staging jobs which more than paid for all the training!

Debra’s step-by-step process allowed me to start a 2nd career doing something I probably should have been doing all along!”

“The Staging Diva Business Training Program is worth every penny!

While there are other home staging courses out there, I’m so happy I follow the business model Debra teaches in her program. It is specific, concise, and thoroughly explained.

In addition to her courses, Debra offers SO many supplemental materials that are incredibly helpful too. The community of Staging Diva Graduates is another bonus, as we all support each other and share each other’s wins.”

“The Staging Diva Program was such an influential part of my home staging business plan. The business tools, processes and procedures Debra Gould outlines in the program set you up for success.

I have taken other courses but none compare to the comprehensive program with Staging Diva.

I truly appreciate all Debra’s help and guidance through the courses and group coaching calls. She is such a great inspiration!”

“The Staging Diva Program is one of the best investments I ever made. Within days of completing the courses, Debra sent me a great client in my area.

I researched many programs, before choosing Staging Diva.

Debra’s invaluable course recordings and notes cover every detail of the business of home staging, and she’s so inspiring to listen to.”

“​I love Debra Gould’s straight forward approach and candor. As a home stager, she knows first-hand what it’s like in the field. Debra is running her own staging business as a real business and knows what it takes.

Debra is truly an uplifting woman and I continue to aspire to follow her lead. Her amazing passion for home staging is felt all the way over here on the Jersey Shore.”

“The Staging Diva Program taught me many secrets about home staging consultations— especially how to charge, and have no inventory.

I took another home staging course before Debra’s and the Staging Diva Program really helped build my business. Debra forced me out of my comfort zone, she is such an inspiration! Now I know I can make a difference in many people’s lives.”

“I loved Debra’s no-nonsense style of running a home staging business, it’s very easy and straightforward. She keeps it simple, and it all “clicked” for me.

I now have the confidence to get out there and do what I am passionate about. I knew I had the talent, and now I have the business knowledge to round out my staging business. Thank you Debra!”

“The Staging Diva Program is fantastic! I wish I had found it before completing a different home staging course. The program provided me with valuable business information that the other course lacked.

I am very impressed with Debra Gould. It is quite evident that she is honest and ethical in all her dealings with her students and clients, and that’s #1 in my books.

She truly has become my mentor!”